At the FAB cattery we pride ourselves in our enthusiasm for and love of our business and the animals. Every single one of the cats that stay as guests with us enjoys individual attention daily and we always try to meet all of their specific needs.

We are always happy when we receive letters of thanks or kind words about the work we do at here our Costa Blanca cattery.

Below are just a few of the comments we have received from satisfied clients when they see how their beloved cat has been treated during their stay.

If you would like to leave a testimonial for this page please Contact Us. Alternatively you could consider leaving a review for us on Google; either way, thank you kindly for your faith in the Fab Cattery

Two of the Nicest People I know

I would like to recommend Fab Cattery run by Janet and Alan Winfield who are two of the nicest people I know.

The Cattery is run to the very highest standard has central heating and air-conditioning, Janet even puts hot water bottles in the cats beds if it's cold. It has everything that's needed  and more.

I always leave my 2 cats there I know they are safe well looked after and loved ,and as an added bonus they are very reasonable

Our cat, Kitty, who we all love very much, is only 1 year old. We live in Playa de San Juan in Alicante. We had the opportunity to go to the UK for a 2 week holiday for the first 2 weeks of August. The first time ever that we would be apart from Kitty. The question was what do we do with Kitty? We searched on the internet and found Fab Cattery in Dolores. I took my children there to check it out. We were so impressed! It's like a cat hotel. The cats have air conditioned sleeping quarters, and an area to play. They also have another play area which they can use individually by turns. Each cat gets their cuddle and grooming time. Food is included! The price is amazingly cheap. Very affordable! Most impressive is Janet, the owner, I have to call her a 'Cat Lady'! Her knowledge of cats is amazing and her loving kindness made us all feel so comfortable and happy that we were leaving Kitty in very good hands. Janet's first priority is the health of her cats and her experience in the vet industry made us all feel very confident. Our cat is an important part of our family and we had to make sure that she would be OK. We thoroughly recommend Janet's Fab Cattery in Dolores to you. It, quite simply ,FAB. As we arrived back from the UK in the early hours, Janet also arranged for Kitty to be delivered to our door by her Driver Chris for a very reasonable price. All of the staff were very, very kind and that's what you need when you leave your catty in someone else's hands. This is a message from my daughter Rebecca aged 17.

Dear Janet thank you for looking after my beautiful Kitty.and thank you very much for sending us the photos. We missed her very much and felt a bit guilty that we were having such a good time and had left her on her own but we could see that Kitty was also on holiday. Cristina aged 13.

Dear Janet thank you very much for looking after Kitty. We missed her every day . When we saw the video you sent us we were very very happy! So Janet.

This is Kevin again. Thank you so very much! If we get the opportunity to go on holiday next year what will we do with Kitty? It's a no brainer! FAB CATTERY in Dolores!

Well, what a journey this has been. Janet and Alan have looked after our beauties Megan and Tabitha for a few years now with no problems at all.

We returned to the uk some 6 weeks ago 'petless' as the babies couldn't travel with us at that time and it was arranged the transporters (Paws on the Move) would take them on their next available journey to U.K. and Janet and Alan would have them until then they were collected for such journey. I knew they would be loved and cared for so other than missing them I had no worries.

3 weeks ago we were getting very excited as they would be leaving Spain soon and joining us UNTIL..... the transporters messaged to say our vet had made a mistake on their passports (he was not going to amend them either?) which meant they couldn't travel as originally planned.

I knew Fab Cattery were fully booked but when I spoke with Janet, other than being very upset for us she wasn't phased at all. She said there was no way our babies would be going anywhere (phew!) they also made arrangements to go to their vet in order for Megs and Tabs to have yet another rabies injection (firstly finding out it was actually safe for them to have another one so soon after the first injection - which it was) and they have looked after them every since.

The good news, for us, is they left Fab Cattery this morning at 11 am and making their way to us as we speak - Janet is going to miss them as I know they will miss her. We couldn't and wouldn't have wanted to have managed without their love and support for our cats as Peace of mind, especially when you leave your babies behind for a holiday etc is a wonderful thing and we have had plenty of that. Thank you Fab Cattery, we all love you more than you will ever know xxxxxx

Last October a tiny kitten came into our garden and began to eat and drink the cat food that is always available. He was so tiny he had stand on top of the bowls to eat and drink.

We decided that we would leave him to decide what he wanted to do and he chose to stay and adopt us. We are dog people and Lucy (our dog) accepted him and they get on well together.

We do like to go away and so we looked around for somewhere Topper could go for his holidays. That is when we found Janet and Alan.

He has been there twice now and always come home looking beautiful and unstressed. He will be going there all of August while we holiday in Northern Spain. The air conditioning at Fab is an added bonus.

Janet and Alan obviously love what they do and care for every cat as if it were their own. The accommodation is first class, spotlessly clean and we have no hesitation in recommending Fab Cattery to anyone who really loves their cat. We look forward to Topper spending many happy hours with Janet and Alan.

Thank you for the care and attention

Dear Janet and Alan, I would just like to say a very big 'Thank You' for the care and attention you give to our two cats in your fabulous cattery.

When they are collected they always seem very comfortable and content, in fact I think they would like to stay longer!! Their 'rooms' are always kept immaculate by yourselves. It gives us peace of mind when we go away to know they are in good hands. Many thanks.

Hello Janet and Alan, We would like to pass our thanks on to you and Alan for the expert care and attention you have given our cats over the 3/4 years we have been boarding our cats Ruby, Lucia and Roque.

They all seem to have had a great time staying with you, and as Roque has long fur he came back all shiny, so either you or Alan had been giving him a good brush down every day and it's this attention to detail why we would not hesitate to bring them back to you if we ever go away again. Thank you so much.

First impression was amazing Everything is absolutely spotless Very happy

My cat Fellini is very happy to stay

My cat Fellini stayed here for almost 20 days. He has been very happy, I love this place. I will definitely take my cat there again. People there are lovely.

Poppy and Pansy are frequent visitors to FAB Cattery

We looked at a few local catteries before a friend recommended FAB cattery to us.

We visited Alan and Janet and we were very impressed with their set-up. Since then our two Burmese cats, Poppy and Pansy have visited lots of times and we can honestly say that we have been most impressed at the care and attention they have received. In fact, we think we might book ourselves in for a rest!!

Thank you so much Janet and Alan for being such great foster parents. We never have any worries and we know that they are always safe and secure.

We wouldn't leave our beloved cats anywhere else for Christmas

Christmas time In the UK with the cold wet rainy conditions and family spread all over the place O what joy !! I said can't go cos no way can I leave my three lovely cats for so long with neighbors. The missus says no way Jose. The cats go to FAB as usual for their own lovely holiday and TLC. SO. if you want somewhere for your precious pets to be pampered and safe then Janet and Alan at FAB are the best in Spain to be trusted to care for them I am sure our cats had a happier and warmer Christmas then we did!!! They didn't want to leave the cattery !! Thank you so much to Janet and Alan.

A Special Thanks From Lucky 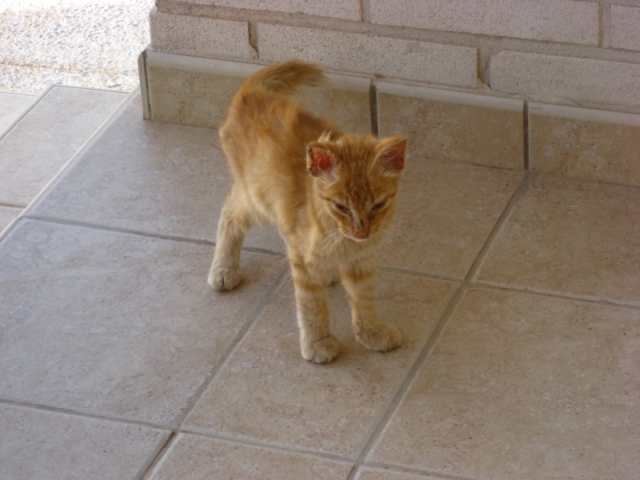 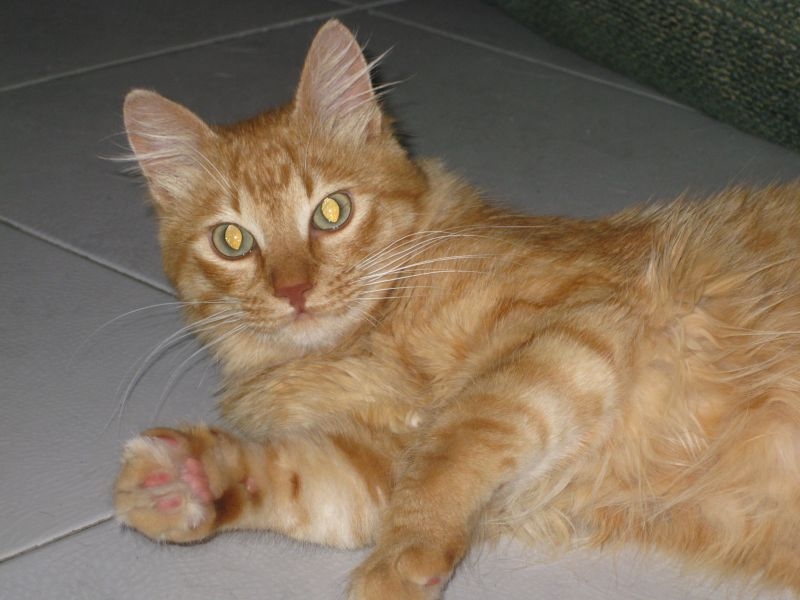 When we first found Lucky we were frantic as we didn't know where he could go when we left Spain. We were lucky enough to be passed the FAB Cattery number and we couldn't have been happier! Janet and Alan put us at ease with the love that they have for the animals; their own and their guests.

When we explained the situation of how much veterinary treatment he had under gone, and what medication he needed daily they told us not to worry as he would be fine. They said that they would look after him for us and take him to see the vet as necessary.

True to their word, they gave little lucky special food, medication and took him to see the vet when he was poorly, we are certain they played a big part in his recovery.

If we had to leave our cat with anyone again in the future we would look no further than the FAB cattery because we know that they would give all the love it needed whilst we were away.

You will not find more caring animal lovers anywhere!

When boarding your cat what is your first requirement?... Peace of mind that you have left your pet with people who care. If that's the answer you came up with then choosing FAB Cattery is the best possible thing you can do.

We have been boarding our two Burmese cats with Janet & Alan for the past year whenever we are away. To say that they get royally treated would be an understatement. In fact on the last visit Sasha the elder cat who suffers from a kidney problem was hand fed by Janet (cats with this complaint lose their appetite) to ensure she maintained her weight. You will not find more caring animal lovers anywhere!